Anne Louise Bannon is an author and journalist who wrote her first novel at age 15. Her journalistic work has appeared in Ladies' Home Journal, the Los Angeles Times, Wines and Vines, and in newspapers across the country. She was a TV critic for over 10 years, founded the YourFamilyViewer blog, and created the OddBallGrape.com wine education blog with her husband, Michael Holland. She also writes the romantic fiction serial WhiteHouseRhapsody.com, Book One of which is out now. She is the co-author of Howdunit: Book of Poisons, with Serita Stevens, as well as author of the Freddie and Kathy mystery series, set in the 1920s, and the Operation Quickline series and Tyger, Tyger. She and her husband live in Southern California with an assortment of critters. Visit her website at AnneLouiseBannon.com, 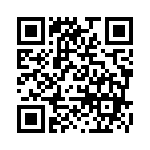