Ivan Blake was born in Britain, next door to his grandfather’s pub and three miles from Stonehenge. His family emigrated to Canada when he was a youngster and then moved frequently between various Canadian Naval bases for more than a decade. Ivan did his undergraduate studies at Dalhousie University in Nova Scotia and his graduate studies in History at the University of Chicago. He taught in universities for fifteen years before joining the Federal Public Service as a senior executive. Ivan served the Government of Canada for nearly twenty years, and then, on his retirement, he consulted and spoke on governance and accountability around the world. Now Ivan enjoys his family, paints, travels, and writes solely for pleasure. Over the years Ivan has written for radio, television and the stage but today he focuses on writing fiction. Ivan's books have received Eric Hoffer and Readers Favorite awards and five star ratings exclusively from Kirkus Reviews, Midwest Book Review and Readers Favorite. Since childhood Ivan has enjoyed reading and writing works of horror and the fantastical—probably because of the Druids' blood that flows in his veins. 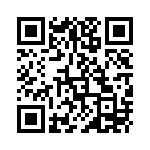