Robert writes mostly science fiction because of his lifelong love of the genre, which began with his first viewing of The Empire Strikes Back when he was a kid. He has been a repo man, a fish seller, a bounty hunter, and a firefighter.

When not creating new stories, he lives in Nevada with his wife. Together, they spend their free time exploring nature. 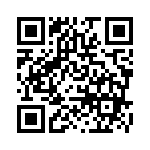