Presented by the Fauquier Historical Society, Warrenton Virginia 20186. Our Society & Museum -- The Society has over 200 members dedicated to preserving Fauquier County's rich history. We maintain a local museum in Warrenton beside the Fauquier County Courthouse. Our Mission -- We aim to stimulate interest in Fauquier County (faw keer) and Virginia history by preserving the evidence of our past, connecting it to our present plus educating the community about its importance to our future. Learn from the past. 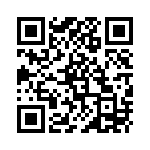