Surprisingly little is known about Scarlatti's life apart from legends and anecdotes. He was born in Naples, Italy, the sixth of ten children. Most likely he first studied under his father, Alessandro Scarlatti; other composers who may have been his early teachers include Gaetano Greco, Francesco Gasparini, and Bernardo Pasquini, all of whom seem to have influenced his musical style.

He became a composer and organist at the royal chapel in Naples in 1701, and in 1704, he revised Pollaroli's opera Irene for performance at Naples. Soon after this his father sent him to Venice, but the four years there are a blank in the record. In 1709 he went to Rome in the service of the exiled Polish queen Maria Casimira; while in Rome he met Thomas Roseingrave who would later lead the enthusiastic reception of the composer's sonatas in London. Domenico was already a harpsichord-player of eminence, and there is a story that at a trial of skill with George Friderich Handel at the palace of Cardinal Ottoboni in Rome he was adjudged perhaps superior to Handel on that instrument, although inferior on the organ. Later in life, he was known to cross himself in veneration, when speaking of Handel's skill.

Also while in Rome, Scarlatti composed several operas for Queen Casimira's private theatre. He was maestro di cappella at St Peter's from 1715 to 1719, and in the latter year came to London to direct his opera Narciso at the King's Theatre.

In 1720 or 1721 he went to Lisbon, where he taught music to the princess Maria Magdalena Barbara. He was at Naples again in 1725, but in 1729 went to Madrid as music master to the princess, who had married into the Spanish royal house. He remained in Spain for some twenty-five years. Maria Barbara became Queen of Spain. During this time he composed over five hundred keyboard sonatas. It is for these works that he is best remembered today.

American guitarist Andrew Zohn is recognized internationally for his work as a performer, instructor, and composer. He has performed concerts on five continents as a soloist and chamber musician. In addition to extensive touring throughout the United States, recent performances include venues in China, Argentina, Italy, Egypt, Malaysia, Germany, and the Netherlands. A recent critic has said: Zohn…easily demonstrated how he is one of the most sought after performers on the classical guitar as his fingers deftly plucked some of the most subtle of tones on the instrument.- The Star, Kuala Lumpur.

Since 1999, Dr. Zohn has served on the faculty of the Schwob School of Music (Columbus State University) in Georgia, where he directs the annual CSU Guitar Symposium. He has performed and taught at many of the world's most prestigious music festivals including the Festival of New Music (Central Conservatory of Music, China) the Guitar on the Mediterranean Guitar Festival (Italy), Sevilla Guitar Festival (Spain), Guitar Festival Changsha and Shenyang Festival (China), the Iserlohn Guitar Symposium (Germany), Borguitar Festival (Italy), the Guitar Foundation of America (USA), Festivale Emilia Romagna and Musica Ravenna (Italy), and GuitareMontreal (Canada). Students of Andrew Zohn have won prizes in dozens of international competitions including, among others, The Parkening International, The Guitar Foundation of America, The World Guitar Competition (Serbia), and The Asia International (Bangkok). Many of his students have been also been featured on the American National Public Radio program highlighting outstanding young musical talent From the Top. 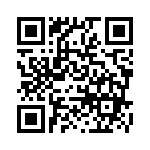