I liked the story but the lack of character depth kept it from being great. Lorenzo's mafia connections are mentioned and he seemed to be working as an enforcer and now he is a casino owner and Titan. The lack of explanation made me feel like I was missing part of the story.
Lorenzo protecting Zara and their chemestry is the reason I gave this story 4 stars. These two were meant be together. It is short but Lorenzo and Zara's interactions kept me turning pages and entertained. A major misunderstanding leads to a bump in their happily ever after but we know it soon gets smoothed over.
Overall, this is a fine addtion to the series. 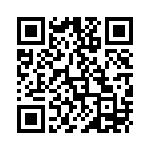