This book is the collected papers from the Oxford Symposium on Food 2014. Edited by Mark McWilliams, it includes the following contributors:

Ballymaloe's Darina Allen on farmer's markets in Ireland
Mastering the art of Soviet cooking by Anya von Bremzen
Janet Beizer on royal table leftovers in eighteenth-century France
Garritt Van Dyk on the origins of champagne
Food and the Female Body by Mary Gray - paralells between the food market and the prostitution market in Fanny Hill
Gillian Riley on food from Southern Italy which jouneyed North to be painted by Dutch artists
Andrew Coe on the kosher poultry racket in early twentieth-century New York
Doug Duda on why markets grow while cooking crashes.
Dan Strehl on the Hollwood market at the famous Hollywood and Vine intersection. 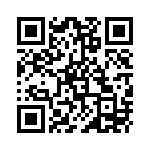