The author of twenty-six books, Patrick Dearen is a former award-winning reporter for two West Texas daily newspapers. As a nonfiction writer, Dearen has produced books such as A Cowboy of the Pecos; Saddling Up Anyway: The Dangerous Lives of Old-Time Cowboys; and Castle Gap and the Pecos Frontier, Revisited. His research has led to sixteen novels, including The Big Drift, winner of the Spur Award of Western Writers of America and the Peacemaker Award of Western Fictioneers. His other western-themed novels include When Cowboys Die (a Spur Award finalist); The End of Nowhere; The Illegal Man; To Hell or the Pecos; and Perseverance. His novels Apache Lament and Dead Man’s Boot both received the Elmer Kelton Award from the Academy of Western Artists.

A ragtime pianist and wilderness enthusiast, Dearen lives with his wife in Texas. 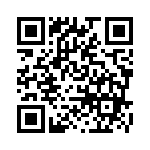