Osip Emilyevich Mandelstam (1891-1938) was born in Warsaw and grew up in a Jewish family in St. Petersburg. After a nomadic life as a translator and writer of children's books, marriage to Nadezhda Khazina, and exile, he was arrested, sentenced to hard labor, and died in eastern Siberia, leaving behind some of the most glorious poems and essays ever written.Peter France has published widely on French, Russian, and comparative literature, including the Oxford Guide to Literature in English Translation . New Directions publishes his translations of the Chuvash poet Gennady Aygi: Field-Russia and Child-And-Rose . 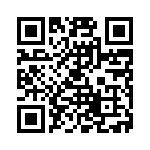