Selling online is hard; this book gave me some new techniques for selling my products on the Internet.

Her professional background and education is diverse and includes skills in areas such as sales, multilingual digital marketing, content writing, business intelligence, software design and development. In addition, she possesses the experience and education in the management of complex Information Systems.

Maria knows eighteen languages and possesses experience in language instruction, tutoring, and translation. She has also developed a unique teaching method for fast learning “Implications for Upgrading Accelerated Learning Practices In Educational Systems” This method is applied in China and Norway.

Maria Johnsen is also a multilingual SEO, PPC and social media marketing expert. She managed software projects for well known IT companies and Bank in Norway, China, the UK as well as cooperation with governments and police authorities in regards to projects related to data crime and tracing terrorists online.

She has skills and proven records in all areas of search engine optimization including keyword targeting, competitor research and on-site optimization.

In 2016 she was ranked #6 digital marketing influencer in the world by Onalytica company who runs Influencer Relationship Management (IRM) solution in the UK and U.S.A.

In 2017 Maria started her filmmaking journey.

In 2018 Maria founded her film production company in London, UK.

In 2019 Maria received The International Star Award for Quality leadership, innovation and excellence. The convention was held in Geneva Switzerland. 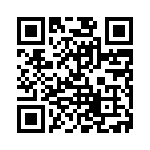