Whilst Dane is part of a well known band, I loved how this wasn't all about him being a muso, focusing instead on how damage done in childhood can still impact us as an adult. It also allowed us to see both main characters grow as individuals.
Both Dane and Charlie have issues, particularly around self-worth and self-esteem. Whilst Dane's loving family has kept him fairly sociable, if a little wary of new people, Charlie really doesn't relate well to people, and struggles to let others in. Naturally this leads to a few ups and downs in relationship terms, particularly as they both struggle to be open and vulnerable with one another. Whilst an honest conversation would have avoided some of the trouble that beset them, it wouldn't have fitted with how they were written.
I did find Charlie a little difficult to connect to at first, which wasn't surprising as she's a very guarded individual, which the author portrayed perfectly. However, as she opened up to Dane, and as we learnt more of her life, I gradually came to understand her quickly finding myself as enamoured of her as I was with Dane. I did want to smack Dane around the head when he sent Charlie that text, but other than that the guy was pretty amazing. A strong male without being overbearing or too alpha.
The prose flowed smoothly, making this a really easy to read story, the plot felt totally believable and the pace was perfect for holding my attention. I really enjoyed the story, reading it felt effortless and I quickly found myself immersed in it. Perhaps I would have liked just a little more internal monologue, a little more self reflection by both characters on their decisions and choices. The book didn't necessarily need that though, it would totally come under the remit of "personal preference".
Inferno can totally be read as a stand alone story, and carefully avoids spoilers for other books in the series. It's a dual point of view book, written in first person and one that I am more than happy to recommend.

Jade C. Jamison is a steamy romance author, heavy metal fangirl, wife and mom, coffee connoisseur, cat lover, and vegan foodie--not necessarily in that order. She loves life and believes we learn our wisest lessons when reading, especially if it's fiction. Her heroines are fierce, her heroes all but broken, both seeking redemption together. Whether in a small Colorado town or big city, she strives to take her readers' breath away...one story at a time.

Find out more at www.jadecjamison.com OR 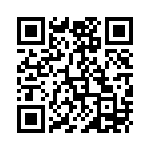