C. Matthew McMahon, Ph.D., Th.D., is a Reformed theologian, and pastor of Grace Chapel in Crossville, TN. He is the founder and chairman of A Puritan's Mind, the largest Reformed website on the internet for students of the Bible concerning Reformed Theology, the Puritans and Covenant Theology. He is the founder of Puritan Publications which publishes rare Reformed and Puritan works from the 17th century, specializing in the Westminster Assembly. He is also a managing partner at Reformed.org, and the Center for Reformed Theology and Apologetics. 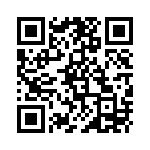