DAYNA DUNBAR is an award-winning novelist published by Ballantine Books. Her two previous novels—The Saints and Sinners of Okay County and The Wings that Fly Us Home—were selected for the exclusive Ballantine Reader’s Circle. Fannie Flagg, #1 New York Times bestselling author of Fried Green Tomatoes at the Whistle Stop Café, described her first book as: “Beautifully written.… A funny and poignant story.” She holds a Master's Degree in Spiritual Psychology from the University of Santa Monica where she met Julia Nadine Padawer, her co-author on Awake, and began their creative collaboration. With Awake, she has fulfilled her lifelong desire to write a spiritual, science-fiction thriller.

JULIA NADINE PADAWER is a former award-winning Madison Avenue advertising executive. She is currently spiritual and life purpose coach and intuitive. She is also a writer and creative consultant and collaborator. In partnering on Awake, she brought together her passion for science-fiction and her own awakening experiences along her spiritual journey, which have included spending a year in an ashram, living for three months in a Buddhist retreat center, and regularly attending 10-day silent meditation retreats in a Trappist monastery. She holds a Master's Degree in Spiritual Psychology from the University of Santa Monica where she and her writing partner, Dayna Dunbar, met and began their creative partnership. 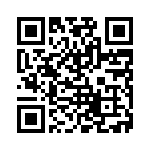