Rogue Belador by Dianna Love The 7th book in this fantasy paranormal series is complex, twisting and engrossing. Evalle, Tzader, Brina and Tristan are key in the ongoing war. Feenix, Storm, Lanna, and ... Read full review

New York Times bestseller Dianna Love once dangled over a hundred feet in the air to create unusual marketing projects for Fortune 500 companies. She now writes the high-octane Slye Temp thrillers and bestselling Belador urban fantasy. On the rare occasion that Dianna is out of her writing cave, she tours the country on her BMW motorcycle and loves to fish. She lives in the Atlanta, GA area with her motorcycle safety instructor husband and a tank full of unruly saltwater critters. http://www.AuthorDiannaLove.com or join her Dianna Love Street Team on Facebook and get in on the fun! 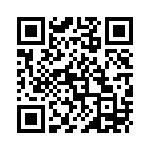