Jacqueline Vick grew up in Illinois as the second of twenty-nine (or so) grandchildren. Before settling down to a writing career, her jobs included a brief stint as a telemarketer for a funeral home. While researching an article for Fido Friendly Magazine (Calling All Canine Clairvoyants), she came up with the character of Frankie Chandler, pet psychic. She also writes the Harlow Brothers mysteries and numerous standalones and novellas. Her books are known for satirical humor and engaging characters who are desperate to keep their secrets. She currently resides in Southern California with her husband.

Visit https://www.jacquelinevick.com to contact her,  keep up with the latest news, and find book club questions. 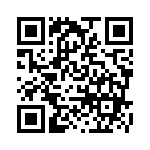