Rob Taylor (B.Msc), is a spirituality metaphysicist and a certified spiritual metaphysics coach and counselor. He is a published author and poet, and a California native currently living in Toronto. He has been spiritually active over fifty years and has taken part in and examined nearly every major religion and spiritual methodology. Rob is also an accomplished photographer. He has authored three other books: Scraps, Noesis, and Northern Moons.

Rob’s writings reflect his life experiences, observations, and inner evolution. He shares them as a modern perspective on spirituality and human behavior that draws on his years of metaphysics and spiritual study.

Rob has visited or lived among numerous countries and cultures including the US, Canada, Mexico, Japan, the Philippines, England, Scotland, the Netherlands, France, Israel, Belize, and South Africa. 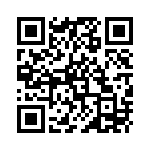