“Arguably, the most remarkable adventurer in the world today.”—THE DAILY MAIL

Jason Lewis is an award-winning adventurer, author, and voice for global sustainability, recognized by Guinness World Records as the first person to circumnavigate the Earth without using motors or sails: walking, cycling, and inline skating five continents, and kayaking, swimming, rowing, and pedalling a boat across the rivers, seas, and oceans. Taking thirteen years to complete, the 46,505-mile journey was hailed “the last great first for circumnavigation” by the London Sunday Times.

He has been nominated The Times inGear Man of the Year (2007), the Land Rover Toughest Sportsperson of the Year, and featured as one of Sport Magazine’s Athletes of the Year. A Fellow of London University, the Royal Geographical Society, and The Explorers Club, he has appeared on numerous television and talk shows, including The Tonight Show with Jay Leno (NBC), Good Morning America (ABC), and CBS This Morning.

He is a popular speaker and sustainability advocate. Find out more at jasonexplorer.com. 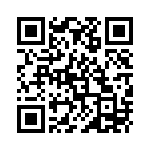