A long-time resident of the Pacific Northwest, the author believes that the high percentage of authors in the region (compared to the nation as a whole) is chiefly due to the fact that it's so damned wet and miserable all the time there. They tend to use their long hours cooped up inside spinning yarns that depict things they'll never see or experience — such as sunshine.

If you'd like to be notified of new Trent Evans books, sign up for his New Release e-mail alerts: 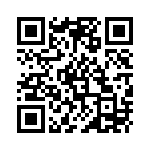