Reviewed by Barbara Oliverio for Readers' Favorite
Marla Vail is blissfully enjoying being a new mother and thinks that her days of chasing clues instead of managing feeding schedules are behind her in Nancy J. Cohen’s latest cozy mystery, Styled for Murder. The universe has other plans for the amateur sleuth when her mother calls her in a panic. It seems that the project manager overseeing the remodel of her mom’s bathroom was found dead – colder than the stylish floor tiles. All it takes for Marla to stretch her investigative muscles is the notion that her stepfather is the prime suspect. She manages to collect clues that lead her to other suspects (including the dead guy’s employer, other subcontractors, and even a former beauty queen) while getting advice from her police detective husband. All the while, she manages to juggle her regular duties as a mom and salon owner.
Styled for Murder is the latest in Nancy J. Cohen’s cozy murder mystery series, but works effectively as a standalone offering. Intrepid Marla is no-nonsense but has an open personality that encourages those she questions into revealing just a bit more than they probably intended. The author takes an entertaining path to the big reveal and manages to throw in just enough deceptive clues to keep the reader second-guessing. I appreciated the Florida setting and how Cohen made the suspects more than just one-dimensional distractions on the journey to the discovery of the real murderer. Cohen fans and those sure to become her fans will love this whodunit.

Nancy J. Cohen writes the Bad Hair Day Mysteries featuring South Florida hairstylist Marla Vail. These books have won numerous awards along with her nonfiction titles, Writing the Cozy Mystery and A Bad Hair Day Cookbook. Active in the writing community, Nancy is a past president of Florida Romance Writers and Mystery Writers of America, Florida Chapter. When not busy writing, she enjoys reading, fine dining, cruising and visiting Disney World. Visit her at NancyJCohen.com 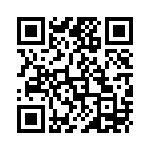