Lex Martin is the USA Today bestselling author of the Texas Nights and Dearest series. She writes contemporary romances, the sexy kind with lotsa angst, a whole lotta kissing, and hot happily ever afters. A former high school English teacher and freelance journalist who's lived all over the country, she currently resides in her hometown of San Antonio with her husband and twin daughters. 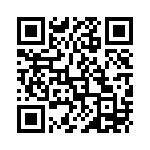