D. Roland Hess has written five technical/arts books, one of which won the American Publishers Association PROSE Award for Best Book in Art Technique in 2011. "Lincoln, Fox and the Bad Dog" marked his return to genre fiction after a long hiatus. He honed his craft in the Creative Writing program at UPenn, but gave up the potential glory of starving-artistdom for a career in production art and software development. He currently works in Machine Learning in the Google's Ads organization. 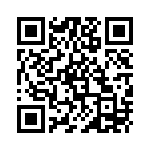