Glenn C. Loury is the Merton P. Stoltz Professor of the Social Sciences in the Department of Economics at Brown University. A 2002 Carnegie Scholar, he is the author of The Anatomy of Racial Inequality. 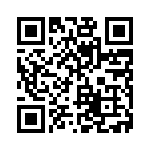