Ami Pedahzur is an associate professor at the University of Texas, Austin and a senior research fellow at the National Security Studies Center, University of Haifa, Israel 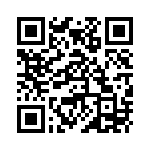