Page 52 - It is agreed that creditors on either side, shall meet with no lawful impediment to the recovery of the full value in sterling money, of all bona fide debts heretofore contracted.
Appears in 592 books from 1739-2008
Page 9 - there is a loss of friends. I know the price of my conduct. I have done my duty at the price of my friend. Our friendship is at an end.
Appears in 97 books from 1798-2006
More
Page 53 - Congress shall earnestly recommend it to the legislatures of the respective states, to provide for the restitution of all estates, rights and properties, which have been confiscated, belonging to real British subjects, and also of the estates, rights and properties of persons resident in districts in the possession of his Majesty's arms, and who have not borne arms against the said United States.
Appears in 221 books from 1801-2006
Page 53 - ... now in possession the bona fide price, (where any has been given) which such persons may have paid on purchasing any of the said lands, rights or properties since the confiscation. And it is agreed that all persons who have any interest in confiscated lands, either by debts, marriage-settlements or otherwise, shall meet with no lawful impediment in the prosecution of their just rights.
Appears in 120 books from 1801-2006
Page 53 - States, and therein to remain twelve months, unmolested in their endeavours to obtain the restitution of such of their estates, rights, and properties as may have been confiscated; and that Congress shall also earnestly recommend to the several States a reconsideration and revision of all acts or laws regarding the premises, so as to render the said laws or acts perfectly consistent, not only with justice and equity, but with that spirit of conciliation which, on the return of the blessings of peace,...
Appears in 174 books from 1801-2006
Page 93 - The whole retinue of the Governor consisted in a guard of fifty men of the garrison of the fort. Dressed in silk, he entered the hall with his hat on his head, attended by his adjutant and two secretaries. The two members of the Legislative Council gave, by their Speaker, notice of it to the Assembly. Five members of the latter having appeared at the bar, the Governor delivered a speech...
Appears in 23 books from 1800-1973
Page 88 - Britain; and that in all Matters of Controversy, relative to Property and Civil Rights, Resort shall be had to the Laws of Canada, as the Rule for the Decision of the same...
Appears in 155 books from 1818-2008
Page 53 - United States; and that Persons of any other Description shall have free Liberty to go to any Part or Parts of any of the thirteen United States and therein to remain twelve Months unmolested in their Endeavors to obtain the Restitution of such of their Estates, Rights and Properties as may have been confiscated...
Appears in 105 books from 1739-2006
Page 83 - Honourable gentlemen of the Legislative Council and gentlemen of the House of Assembly : — I have summoned you together under the authority of an Act of Parliament of Great Britain, passed in the last year, which has established the British Constitution and all the forms which secure and maintain it in this distant country.
Appears in 79 books from 1758-1994
Page 2 - In doing this a considerable degree of attention is due to the prejudices and habits of the French Inhabitants who compose so large a proportion of the community, and every degree of caution should be used to continue to them the enjoyment of those civil and religious Rights which were secured to them by the Capitulation of the Province, or have since been granted by the liberal and enlightened spirit of the British Government.
Appears in 32 books from 1866-2008
Less

Duncan Campbell Scott was born in Ottawa, Ontario, Canada on August 2, 1862. On joining the civil service in 1879, he became a clerk and later commissioner to the Indian tribes of the James Bay Region. It was in these positions that he gained a firsthand knowledge of Canada's native peoples, a knowledge that reflected in much of his work. Eventually, he was made deputy minister of Indian affairs, a post he held from 1913 to 1932. He is a fine example of a Confederation poet, one who was influenced by both nineteenth-century British and American thought but at the same time developed a commitment to the presentation of his native land and its people. He published two collections of short stories: In the Village of Viger (1896) and The Witching of Elspie (1923). He received the Lorne Pierce Medal in 1927 for his contributions to Canadian literature. He died on December 19, 1947 at the age of 85. 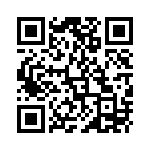