Brien Hallett, PhD, is a professor in the Matsunaga Institute for Peace at the University of Hawai'i-Manoa, Honolulu, Hawai'i. 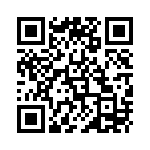