Riaz Tejani is Assistant Professor of Legal Studies at University of Illinois Springfield. 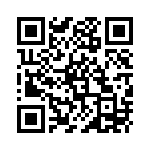