ALF HILTEBEITEL is Professor of Religion and Director of the Human Sciences Program at George Washington University. His books include Rethinking India's Oral and Classical Epics: Draupad.

KATHLEEN M. ERNDL is Associate Professor of Religion at Florida State University and author of Victory to the Mother: The Hindu Goddess of Northwest India in Myth, Ritual, and Symbol. 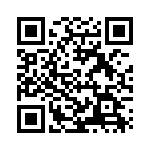