Joel Stephen Kovel was born in Brooklyn, New York on August 27, 1936. He received a bachelor's degree from Yale University in 1957 and a medical degree from Columbia University College of Physicians and Surgeons. He trained at Downstate Psychoanalytic Institute in Brooklyn. He was director of resident training in psychiatry at Albert Einstein Medical School in the Bronx from 1977 to 1983. He was also a professor of psychiatry there until 1986. He left to teach courses in Marx and Freud at the New School in Manhattan and later taught at Bard College from 1988 to 2009. Kovel was the founder of ecosocialism. He wrote several books including White Racism: A Psychohistory, A Complete Guide to Therapy, Overcoming Zionism: Creating a Single Democratic State in Israel/Palestine, and The Lost Traveller's Dream. He died from pneumonia and autoimmune encephalitis on April 30, 2018 at the age of 81. 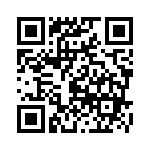