“The Obligation to Knowledge of God”
Dewey on Religion 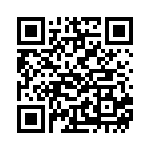