Lionel G. Harrison (1929–2008) was Professor Emeritus in the Department of Chemistry, University of British Columbia, where he was a faculty member for 50 years. A physical chemist by training, he was inspired to study biological form and 'in developmental biology ... found something different and immensely exciting: a field with a Great Unknown' as he wrote in his 1993 book Kinetic Theory of Living Pattern. 'To pursue it is like trying to account for the rainbow in the 14th century, to do celestial mechanics before Newton, or to pursue quantum theory in the 1890s.' 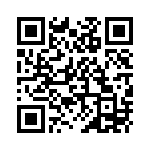