David Cameron is a British politician who was Prime Minister of the United Kingdom from 2010 to 2016 and Leader of the Conservative Party from 2005 to 2016. 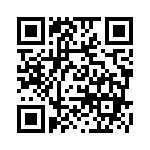