Careful with the Calcots fregits--do the recipe exactly, since I adlibbed, and almost choked on
the long onion; I don't think I cooked it long enough.
Otherwise, I found this to be a very exciting cookbook, including the Calcots frigits. There are
new ideas from a long-neglected part of Spain. Good reading! We always speak of Andalucia,
but don't go all the way to Catalonia.
Learn Catalan while eating good food.

Colman Andrews' first cookbook, ""Catalan Cuisine"", originally published in 1988, was recently named one of the ""50 Best Cookbooks of All Time"" by the Observer Food Monthly; his most recent one, ""The Country Cooking of Ireland"", was honored as Best International Cookbook by the James Beard Foundation in 2010 and beat out all other entries in all categories as foundation's Cookbook of the Year, then went on to win the 2011 Best International Cookbook prize from the International Association of Cooking Professionals. Andrews was a co-founder of Saveur, and its editor-in-chief from 2002 to 2006. After leaving the magazine, he became the restaurant columnist for Gourmet, serving in that capacity until its untimely demise. A native of Los Angeles with degrees in history and philosophy from UCLA, he was a restaurant reviewer and restaurant news columnist for the Los Angeles Times, and for three years edited ""Traveling in Style"", the Times travel magazine. Throughout the 1980s, he was wine and spirits columnist for Los Angeles Magazine, and published widely as a freelance writer, covering food, wine, travel, music, art, architecture, design, and the entertainment industry. The recipient of eight James Beard awards, Andrews is the co-author and co-editor of three Saveur cookbooks and six of his own books on food: ""Everything on the Table""; ""Flavors of the Riviera""; ""Catalan Cuisine"" (which introduced the now-trendy cooking of Spain's Catalonia region to America); ""The Country Cooking of Ireland""; ""Ferran: The Inside Story of El Bulli and the Man Who Reinvented Food"" (a biography of Catalan superchef Ferran Adri?, also available in Spanish, French, and Italian translations); and ""The Country Cooking of Italy"". His next book, ""The Taste of America"", will be published in the fall of 2013. Andrews is now editorial director of The Daily Meal, a food and wine mega-site (www.thedailymeal.com), and has recently completed writing the first-ever Spanish Culinary curriculum, in partnership with Jos? Andr's, for New York's International Culinary Center. In 2012, Andrews was awarded the Creu de Sant Jordi, the highest civil honor granted by the government of Catalonia, in recognition of his services in popularizing Catalan cuisine around the world. 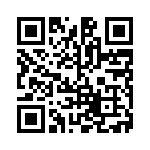