Mohamed Hassanein Heikal was born in Cairo, Egypt on September 23, 1923. He was educated at the American University in Cairo. He started his career in journalism at an English-language publication, The Egyptian Gazette, which sent him to cover the Battle of El Alamein during World War II. He quickly moved to one of Cairo's leading Arabic-language newspapers and by the age of 24 was known throughout the Arab world for his dispatches from the 1948 Arab war with Israel. He worked closely with Egyptian President Gamal Abdel Nasser and helped him write his speeches. Under Nasser's patronage, Heikal became the editor in chief of Al Ahram and wrote a weekly column entitled Frankly Speaking. During his lifetime, he wrote 40 books on topics like the Iranian revolution and the Israeli-Palestinian peace talks. Autumn of Fury was an account of Egyptian President Anwar el-Sadat's assassination. Heikal died on February 17, 2016 at the age of 92. 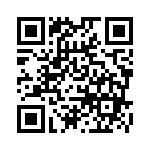