Gernot Frenking studied chemistry at the Technical University Aachen (Germany). He then became a research atudent in the group of Prof. Kenichi Fukui in Kyoto (Japan) and completed his PhD and his habilitation at Technical University Berlin (Germany). He was then a visiting scientist at the University of California, Berkeley (USA) and a staff scientist at SRI International in Menlo Park, California (USA). Since 1990 he is Professor for Computational Chemistry at the Philipps-Universitat Marburg.

Sason Shaik is a graduate of the University of Washington (USA), where he also obtained his PhD. After a postdoctoral year at Cornell University, he became Lecturer at Ben-Gurion University of the Negev (Israel), where he became Professor in 1988. In 1992 he moved to The Hebrew University where he is Professor and the Director of the Lise Meitner-Minerva Center for Computational Quantum Chemistry. 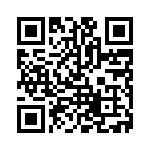