Since the so-called boom in popular history books broke out in the late 1990s with titles such as Anthony Beevor's Stalingrad, consumers of quality narrative history have been spoilt with an array of ... Read full review

I remember the 1970's in Britain from vacation trips when the country seemed dingy and dirty and nothing ever worked right. I remember getting lots of shopping bargains in 1976 when I was there when ... Read full review

Andy Beckett was born in 1969. He studied modern history at Oxford University and journalism at the University of California in Berkeley. He is a feature writer at the Guardian, and also writes for the London Review of Books and the New York Times magazine. He lives in London. 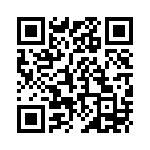