JAMES E. TURNER is a retired Corporate Fellow from Oak Ridge National Laboratory and an Adjunct Professor of Nuclear Engineering at the University of Tennessee. In addition to extensive research and teaching both in the U. S. and abroad, Dr. Turner has served on the editorial staffs of several professional journals, including Health Physics and Radiation Research, and has been active in a number of scientific organizations. He is a former member of the NCRP, a Past President of the American Academy of Health Physics, and a former Board Member of the Health Physics Society. In 1992 he received the Distinguished Scientific Achievement Award of the Health Physics Society and, in 2000, the William McAdams Outstanding Service Award of the American Board of Health Physics. Dr. Turner has published widely in radiation physics and dosimetry and also on the chemical toxicity of metal ions. He is the author of three textbooks. 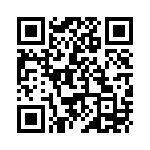