Very detailed history of film, which was used as a textbook in a college class I took. Well written and fairly engaging, but not a light read. Read full review

David A. Cook is a Professor in the Department of Media Studies at the University of North Carolina, Greensboro. He is the author of Lost Illusions: American Cinema in the Shadow of Watergate and Vietnam, 1970-1979 (University of California Press, 2002). 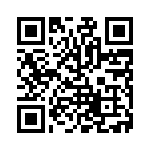