I returned to read Bertie and Jeeves after many decades. I fear that they have not aged well, or tit may be hat I have aged differently. But, there was still some humour, and the content shines a ... Read full review

I listened to the Classic Tales Podcast reading of this one. His voice was particularly suited to Bertie and Jeeves. I'd seen the Fry & Laurie version so much of it seemed familiar and it was an enjoyable bedtime listen. Read full review 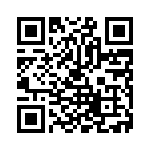