Deborah Tannen is University Professor and Professor of Linguistics at Georgetown University. She has published 25 books, including You're the Only One I Can Tell: Inside the Language of Women's Friendships (2017), Talking Voices (2nd edition 2007), Conversational Style (New Edition 2005), and You Just Don't Understand (1990). She has been McGraw Distinguished Lecturer at Princeton University and has twice been a fellow at the Center for Advanced Study in the Behavioral Sciences at Stanford.

Heidi E. Hamilton is Professor in the Department of Linguistics at Georgetown University. Her publications include Language, Dementia, and Meaning Making: Navigating Everyday Challenges of Epistemic Understanding and Face (in preparation), the Routledge Handbook of Language and Health Communication (co-edited with Sylvia Chou, 2014), Linguistics, Language, and the Professions (co-edited with James E. Alatis and Ai-hui Tan, 2002), and Conversations with an Alzheimer's Patient: An Interactional Sociolinguistic Study (1994, 2005). She has served as Fulbright Distinguished Chair in Linguistics in Innsbruck, Austria and as DAAD (German Academic Exchange Service) Visiting Professor in Berlin, Germany, and is recipient of the Humboldt Research Award.

Deborah Schiffrin was Professor Emerita of Linguistics at Georgetown University. Her publications included In other words: Variation in reference and narrative (2006), Approaches to Discourse (1994), and Discourse Markers (1987). She was also the co-editor of Telling Stories (with Anna De Fina and Anastasia Nylund, 2010) and Discourse and Identity (with Anna De Fina and Michael Bamberg, 2006). Deborah sadly passed away in July 2017. 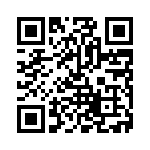