Recommended. The interview mode is often well-suited to understanding what the heck these fellows are talking about. Read full review

Bryan Magee has had a distinguished career as a university professor, music and theater critic, member of Parliament, and author. He is well known for two popular BBC television series on philosophy. Among his internationally acclaimed books are The Story of Philosophy, The Philosophy of Schopenhauer, and Aspects of Wagner. He lives in London. 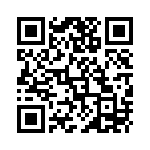