This is easily one of ten most influential books in my life. The author traces the origins and development of 16th-century Italian political thought and its transmission to a very different political ... Read full review

J. G. A. Pocock was educated at the Universities of Canterbury and Cambridge, and is now Harry C. Black Emeritus Professor of History at The Johns Hopkins University. 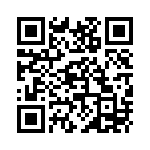