I would have given this four stars (I reserve five for extraordinary works) if not for the weird 30 page diatribe against modernism taword the end which was so out there and not connected that I began ... Read full review

Beckwith's premise is compelling: The so-called "Silk Road" has been misunderstood as a line connecting the Mediterranean, South Asian and East Asian societies of Antiquity and the Middle Ages ... Read full review

Christopher I. Beckwith is professor of Central Eurasian studies at Indiana University. His other books include The Tibetan Empire in Central Asia (Princeton). 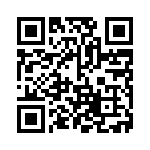