Oops. Started reading, found I was nodding my head... yup, not only do I already agree with the theme of the book, but I've heard enough of the argument before, and besides the book was written going on two decades ago. Oh well. There are other fish in the pond... Read full review

A few promising moments, but most of the time it is either trite or based on a fundamentally misguided understanding of the topics he's addressing. Read full review

\Edward O. Wilson was born in Birmingham, Alabama in 1929. He received his B.S. and M.S. in biology from the University of Alabama and, in 1955, his Ph.D. in biology from Harvard, where he has since taught, and where he has received both of its college-wide teaching awards. He is currently Research Professor and Honorary Curator in Entomology of the Museum of Comparative Zoology at Harvard. He is the author of two Pulitzer Prize-winning books, OOn Human Nature (1978) and The Ants(1990, with Bert Hölldobler), as well as the recipient of many fellowships, honors, and awards, including the 1977 National Medal of Science, the Crafoord Prize from the Royal Swedish Academy of Sciences (1990), the International Prize for Biology from Japan (1993), and, for his conservation efforts, the Gold Medal of the Worldwide Fund for Nature (1990) and the Audubon Medal of the National Audubon Society (1995). He is on the Board of Directors of The Nature Conservancy, Conservation International, and the American Museum of Natural History, and gives many lectures throughout the world. He lives in Lexington, Massachusetts with his wife, Irene. 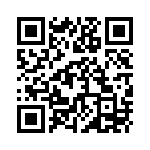