Nietzsche's autobiography is bewildering. The title, Ecce Homo, means "Behold the Man" in Latin, and is ascribed to Pontius Pilate when he presented Jesus to the mob. The title is clever in that ... Read full review

Ecce Homo ("Behold the Man"; though Nietzsche claims "I am not a man, I am dynamite"), published in 1888, is Nietzsche's passionate and eccentric autobiographical examination of the evolution of his ... Read full review

Frederich Nietzsche (1844-1900) became the chair of classical philology at Basel University at the age of 24 until his bad health forced him to retire in 1879. He divorced himself from society until his final collapse in 1899 when he became insane. He died in 1900.

R.J. Hollingdale translated 11 of Nietzsche's books and published 2 books about him. 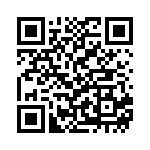