Agatha Christie (1890–1976) is the bestselling novelist in history; only the Bible and the works of Shakespeare are more frequently purchased than her mysteries, which have sold more than a billion copies in English and another billion in 100 foreign languages. Her play, The Mousetrap, opened in London in 1952 and has run continuously ever since. 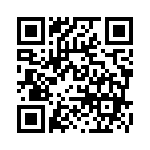