Chun-chieh Huang completed his PhD at the University of Washington in 1980. He is currently the Distinguished Professor of General Education, Dean of the Institute for Advanced Studies in Humanities and Social Sciences, and Director of the Program of East Asian Confucianisms at National Taiwan University in Taipei, Taiwan. Huang is also a Research Fellow at the Academia Sinica’s Institute of Chinese Literature and Philosophy. He is past president of the Society for Cultural Interaction in East Asia. Huang has been awarded the Wang Fellowship in Chinese Studies (1988), Outstanding Scholar Award (1997-2002), the Hu Shih Chair Professorship (2005-6), the Sun Yatsen Academic Award (2006), the National Taiwan University Award for the best book (2006, 2007, 2010), the National Taiwan University Award for the best article (2008, 2009), and the National Award for Teaching Excellence in General Education by the Taiwan Ministry of Education (2011).

John A. Tucker completed his PhD at Columbia University in 1990. After teaching at the University of North Florida in Jacksonville, Florida from 1990-2000, Tucker joined the History Department at East Carolina University in Greenville, North Carolina. He is a full professor of history, director of the Asian Studies Program, and serves as East Carolina’s University historian. He also directs the Thomas Harriot College of Arts and Sciences’ Voyages of Discovery Lecture Series. He has been a visiting researcher at the Institute for Research in the Humanities and Social Sciences at Kyoto University; a visiting researcher at Nanzan University, Nagoya; and a visiting research scholar at National Taiwan University. Tucker’s specialization is in the history of Japanese and East Asian Confucian thought. He is currently working on a study of the Akō vendetta in Japanese intellectual history and another study of the Confucian thought of Shibusawa Eiichi. 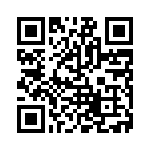