This travelogue details Darwin's famous journeys from one side of the globe to the other. Although it is very technical, to the point of being hard to understand, this still offers glimmer of Darwin's ... Read full review

This record from the 1830s describes the second HMS Beagle survey expedition. Captain Robert Fitzroy thought that a follow-up survey would benefit from having a naturalist onboard, and the recently ... Read full review

Naturalist Charles Darwin (1809-1882) is the father of evolution. His groundbreaking The Origin of Species argued that all species of life have descended over time from common ancestors, and proposed the scientific theory that this branching pattern of evolution resulted from a process that he called natural selection. As much as anyone in the modern era, Darwin has changed the course of human thought. 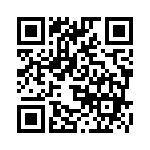