Michael F. Goodchild is Professor of Geography at the University of California, Santa Barbara, and Director, National Center for Geographic Information and Analysis. He was Editor of Geographical Analysis between 1987 and 1990 and has served as Chair of the GIS Specialty Group of the Association of
American Geographers. Dr. Bradley O. Parks is GIS Coordinator for Great Lakes Research at the U.S. Environmental Protection Agency's Large Lakes Research Station, Grosse Ile, MI. Dr. Louuis T. Steyaert is a research physical scientist within the National Mapping Division of the U.S. Geological
Survey.

About the Editor David Rhind is Director General and Chief Executive of Ordnance Survey, the National Mapping Organization of Britain. He has worked in geographical information for 30 years and lectured on mapping or GIS in over 40 countries. He was Professor of Geography in Birkbeck College, University of London, for the decade up to the end of 1991, previously being Dean of Economics Faculty and 'Head of a Resource Centre' (comprising the departments of Computer Science, Economics, Geography, and Mathematics and Statistics). A graduate of both the universities of Bristol and Edinburgh, he was Research Fellow at the Royal College of Art from 1969-73 followed by Lecturer and Reader at the University of Durham. He also worked for short periods at the International Training Centre in the Netherlands and at the Australian National University. 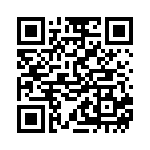