Written by Magdalena Dutkowska
Jason De León’s The Land of Open Graves reveals the unsettling truth about the human atrocities occurring on the United States’ southern border with Mexico. A sense of uncomfortableness settles in as the realness of León’s words brings his account to life. As he talks about his time in the desert, searching for human remains, you as the reader can’t help but empathize. To look for, and possibly find, a bone or another sort of a remnant of a human, who had a story, a family, friends, hobbies, interests, and dreams is somewhat surreal. But as he says, “surreality is the new normal” (45). León does a brilliant job of providing many of these accounts all while introducing the numerous efforts of the government to prevent, deal with, and eradicate the undocumented immigrants. He discusses the various bodies that permit and support this system and its various components. Specifically, he discusses the Prevention Through Deterrence, which in addition to Border Patrol essentially summarizes a good amount of the novel due to the nature of his work.
There are numerous other important topics León discusses in his novel. All of them are connected to the overarching theme of his work. Death and necropolitics are discussed in relation to how the government skillfully leads those who hope to cross the border to believe that they can survive the airy and deceiving desert. This leads to the manipulation of the hopeful dream chasers by the government. It no longer has to take the blame of so many individuals, as León explains; it is no longer its burden.
This novel brings light to the many, many struggles the undocumented face when making this journey. It begins in their home country, which is unsafe and the reason why many decide to flee. Secondly, as León discusses facing the Border Patrol as the individuals grow closer to the actual Border is a threat to their safety. And finally, possibly the greatest obstacle, both physically and mentally, the desert. With no water, the unbearable heat, and the never-ending horizon, it seems impossible to finish the journey. León describes this purposeful mistreatment by the agency: the people willing to risk their lives for a chance at a new life are treated inhumanely. The stories that León tells and the images included in the book make your hair rise. The amount of pain and suffering each of these individuals endure is incredible and unique, yet we are only lucky enough to hear those of the very few survivors. Yet their stories do not end there; they continue for the fear of being caught and deported once they begin to establish some sort of their lives in the U.S.
It seems as though the agency León mentions throughout the entire book is playing a cat and mouse game with the undocumented individuals. The cat catches some mice right at the entrance or beginning of the game, while other times the cat waits and watches all the mice struggle. Half of them die, half of them survive, but the cat knows that eventually, he will catch most, if not all of those mice one day too.
In my opinion, León truly does a beautiful service to society by writing this novel. He brings life to the remains that have been found in the desert. He gives these people an identity, while the agency responsible for this washes its hands of the blame. He provides them and their families the respect that they deserve. These individuals did not face this life-threatening journey out of boredom. It was not an easy decision to make and León stresses that immensely. This journey is filled with heartbreak, struggle, hope, danger, and fear. He shines a light on all of these emotions and experiences to demonstrate the dignity of these individuals (213) despite the efforts of those who dehumanize them to the point of death.

BD
Jason De León utilizes various fields of anthropology to convey a phenomenological argument surrounding current immigration policy in the United States. De León separates his book into three distinct sections; part one “This Hard Land,” part two “El Camino”, and part three “Perilous Terrain.” These sections act as bookmarks which when put together, act to connect with the reader on an emotional and humanistic level. The book is bookended by a theme of violence; who ordains the violence, who the victims are, and how the effects of the violence ripple throughout society. To do this effectively, the author focuses on a small area on the Mexico Arizona border.
-
Part one focusses on who ordains the violence and suffering faced by the migrants. The book’s first chapter, “Prevention Through Deterrence,” establishes the role that the United States plays in the suffering often left untouched in the Sonoran Desert. The author’s longtime friend, Bob Kee, regularly explores the desert trains in search of often “unseen migrants” (León, 24). De León discusses how Kee has stumbled upon corpses and “skeletonized remains of a border crosser” (León, 24). Although a traumatic experience for the two of them, to the local police it was “never” a “top priority;” it was simply “too damn hot” (León, 25). What only exacerbated this issue of migrants dying while traveling through the desert, was the promotion of Border Patrol agent Silvestre Reyes to Chief of the El Paso sector. He single-handedly transformed the U.S. Immigration policy from detaining undocumented migrants “after they had crossed the boundary line,” to deterring potential migrants from crossing in the first place (León, 30). This was done by stationing the majority of Border Patrol agents along the El Paso border, leaving the outlying desert relatively unprotected. This primarily acted as a “public relations move” which worked to “satisfy local residents” and quell many of accusations of “human rights violations […] brought against the Border Patrol” (León, 30ƒ). Furthermore, this “show of force,” simply “frustrated” migrants who were used to traveling through the city and simply forced them further into the dangerous desert (León, 31). De León quickly rephrased this hostile policy as “deterrence-displacement,” as it acted to prevent border crossings in a populated area and pushed the issue literally out of the public’s eyes (León, 31).
-
The second part of De León’s book focused on el camino, or “the walk,” and the individuals who make it. The author focusses on Memo and Lucho; two migrants who travel through the Sonora Desert. De León utilizes actual conversations with the two in order to fully captivate the reader and transport them into their journey. Furthermore, he combines university research conducted at the Center for Comparative Immigration Studies at the University of California, San Diego, and the experiences of Memo and Lucho. The University had conducted and published findings on “how views of the perils associated with border crossing influenced people’s decisions to migrate from” areas in Mexico (León, 101). De León then details various interactions with la migra and the Border Patrol. An individual’s experience and frequency in both crossing the border and being caught dictated the interaction. A first time offender or novice would be frightened – uncertainty would arise as to whether you would be beaten up, shot in your back, or thrown in prison (León, 109). Surprisingly, these questions quickly diminished the more you were caught – Border Patrol agents “were not likely to harm” or “throw them in jail,” which caused the intimidation of crossing the border “less intimidating” (León, 109).
-
The last part of De León’s book focusses on the numerous effects border crossings have. It is the culmination and visual description of the new “prevention through deterrence” policy (León, 213). The author, with numerous students

Jason De León is Professor of Anthropology and Chicana/o and Central American Studies, UCLA; a 2017 MacArthur Fellow; Executive Director of the Undocumented Migration Project; and President of the Board of Directors for the Colibrí Center for Human Rights. In 2010, he hosted American Treasures, a reality-based television show on the Discovery Channel about anthropology and American history. He is currently organizing a global participatory exhibition called “Hostile Terrain 94” that will be installed in 150 locations simultaneously on six continents through the summer of 2021. 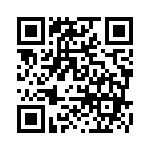