Briefly defines the scope of the book in the definition of Etymology as "the origin, formation, and development (of a word)".[v] Example: LAW - rule [OIcel] - layer, partnership, fixed price, set tune ... Read full review

worth every penny great book to have for home school parents. I have let all home teachers know where to get it. Read full review

The lexicographical labours of the late Dr C.T. Onions began when he joined the staff of the Oxford English Dictionary in 1895. His astringent yet humane scholarship in this field was well known from his work as co-editor (with J. A. H. Murray, Henry Bradley, and W. A. Craigie) of the OED, and later of the Shorter Oxford English Dictionary. His life work was crowned with his new etymological dictionary, based on the OED butembodying further research on the etymology of English and of the other languages concerned. 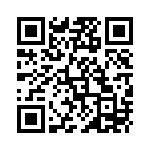